"The 3-way design of the LYD 48’s is a true step forward for an already legendary brand, and in our testing it produced a exceptionally accurate mix experience with very little ear fatigue." (Dave Edwards, DJ Booth)

LYD 48 is a true and compact 3-way studio monitor that is suitable for mixing any kind of music and/or dialogue, but for this review by DJ Booth, let's zoom in on electronic music and hear what they have to say after having used a pair of LYD 48 for a while on real-world mixing sessions:

"So how do the LYD 48’s sound? In one word: phenomenal. These are my new favorite nearfield monitors at any price range, and it’s worth noting you can spend far more in this category than the asking price here.

The LYD 48’s give a phenomenally accurate picture of how well a tune is mixed, with a surprising amount of low end accuracy and oomph on Hip-Hop and Electronic tunes; even without a dedicated sub, the 48’s 3-way design produces a substantial amount of low end power, especially when using the -10 Hz Bass option.

The 48’s excel at creating a wide and accurate soundstage for each element of a mix from left to right, giving a better sense of how well a record is mixed spatially than any other nearfield I’ve heard to date (yes, even those ubiquitous horizontally-placed nearfields with wood paneling that cost over $1K more than these). As you’d expect from a high end studio monitor, the LYD 48’s can be unforgiving of a poor mix, but not in an overly harsh way like a pair of NS-10’s; these won’t make you work hard against an artificially poor sounding target, they’ll just make you acutely aware of any issues in your mix, particularly when it comes to the ever-so-critical midrange. If your vocal isn’t perfect, you’ll hear it on these.

Once I had a good idea of the LYD’s frequency balance and overall sound from my listening tests, it was time for the real moment of truth - mixing two records on them from start to finish and judging the results against my other recent mixes. Both records were pop tunes with a good bit of electronic elements in the mix, particularly on the choruses - I find tracks like these are the best test of any speaker setup, as you need to nail the both the midrange (vocals) and lows (808’s and synth bass) to really pull off a proper mix. On both tracks, the LYD’s were an absolute blast to mix on - not only did the final mixes turn out better than any previous ones I’ve done at my current studio, especially with regard to vocals - but they are some of the least fatiguing monitors I’ve ever mixed on, enabling longer mix sessions with more accurate results than what I’m used to. 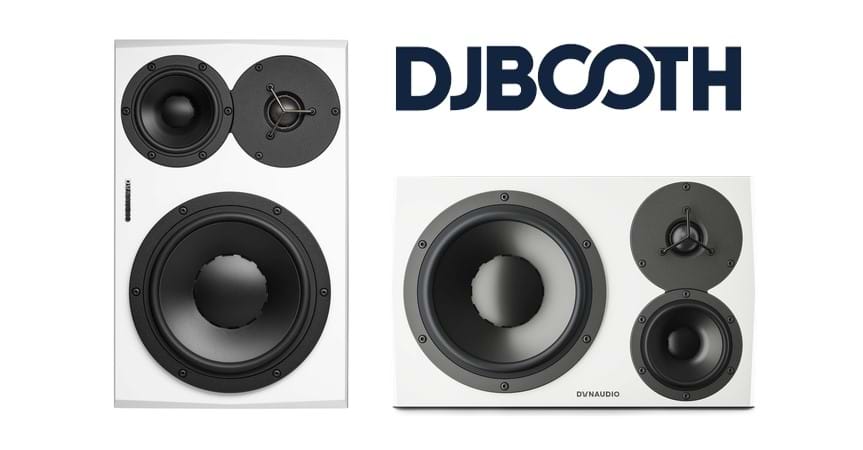 Heavy bass patches from a Moog and Juno were easy to mix on the LYD 48’s, and the monitors gave a highly accurate picture of how the kick and bass elements were interacting, which is always one of the most difficult aspects of an electronic mix to nail. The LYD’s - which as I mentioned earlier do an incredible job of creating a wide and accurate soundstage for a mix - make mixing with both Reverb and Delay substantially easier than I’m accustomed to; reverberant spaces are clearly defined and easy to judge and control, and Delay modulation and panning is easy to nail down.

Similarly, the LYD 48’s do a superb job with handling dynamics and compression/limiting, which should be of special interest to any Electronic, Hip-Hop, or Pop producer; there are absolutely no surprises at the mastering stage with these monitors, as you can clearly hear the effect of compression and limiting as you’re mixing. Most importantly, both mixes I did on the LYD 48’s during our testing translated well in the real world, with no surprises as I tested them across everything from iPhone and MacBook speakers to larger systems. Dynaudio has done an absolutely stellar job of making a monitor that’s both fun and non-fatiguing to mix on while being exceptionally honest and accurate in the LYD 48’s.

In conclusion, we’d recommend the LYD 48’s without hesitation as the first near/midfield monitor of choice for any Hip-Hop, Electronic, or Pop producer looking to step up the quality of their mixes and productions. The 3-way design of the LYD 48’s is a true step forward for an already legendary brand, and in our testing it produced a exceptionally accurate mix experience with very little ear fatigue. Every bit of the famed Dynaudio midrange is here, except now there’s a lot more to love about both the low and high end thanks to the 3-way design, allowing the LYD 48’s to outperform several models of monitors that are nearly twice their price. The 48’s are my favorite nearfield monitor I’ve tried to date, and we suspect you’ll fall in love with them rather quickly as well.

Learn more about the LYD family of monitors