As of January 1, 2016, Dynaudio A/S is the new owner of AM3D A/S. AM3D products include 3D sound, bass enhancement and a wide range of sound enhancement software for gaming, cars and mobile sources.

The acquisition is done by Dynaudio A/S on behalf of the parent company GoerTek Inc., which has a leading worldwide position in the audio business. It was spurred on by synergize both companies saw in joining forces. Lars Prisak, CEO of Dynaudio, adds:

“We have acquired AM3D, as we in the GoerTek group see a huge potential in the type of technology they are working with. For some time now, AM3D has developed new software that is game-changing in the industry, and we believe that this technology, combined with GoerTek’s products, can become the new benchmark for audio products.

The AM3D research department and its employees will remain in Aalborg, Denmark, but have their daily dealings with Dynaudio’s offices in Skanderborg and GoerTek’s European offices in Copenhagen. Andrew Bright, the Managing Director of GoerTek Audio Technology in Copenhagen, is especially excited about the prospect of the new acquisition:

“This is a brilliant opportunity to work with new and inspiring colleagues, and to get our hands on unique technologies. We see a huge potential in integrating AM3D technology in our current and future applications. This is a key acquisition. We look forward to collaborating with our new colleagues on developing new, innovative sound solutions. They will become part of a company that is moving very fast towards new frontiers.”

AM3D was founded in 2003 with a firm focus on improving sound experiences with software solutions that resolve complex problems. AM3D has so far been part of the NORDJYSKE group. The decision to sell is based on NORDJYSKE’s decision to focus on its core business, namely running a media company. Claus Falk, Group President of NORDJYSKE Medier, says:

“We are extremely pleased with this agreement with Dynaudio who can help sustain AM3D’s growth and achieve its potential. We are convinced that the employees are in safe hands with the new owner.”

Put yourself in front of A Thing playing music and your brain performs a massive gear-shift. It doesn’t matter what the Thing is. It could be a pair ...
Read more 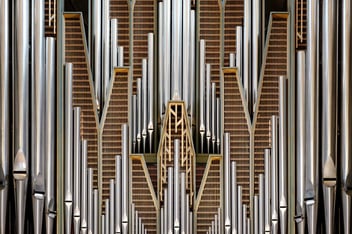