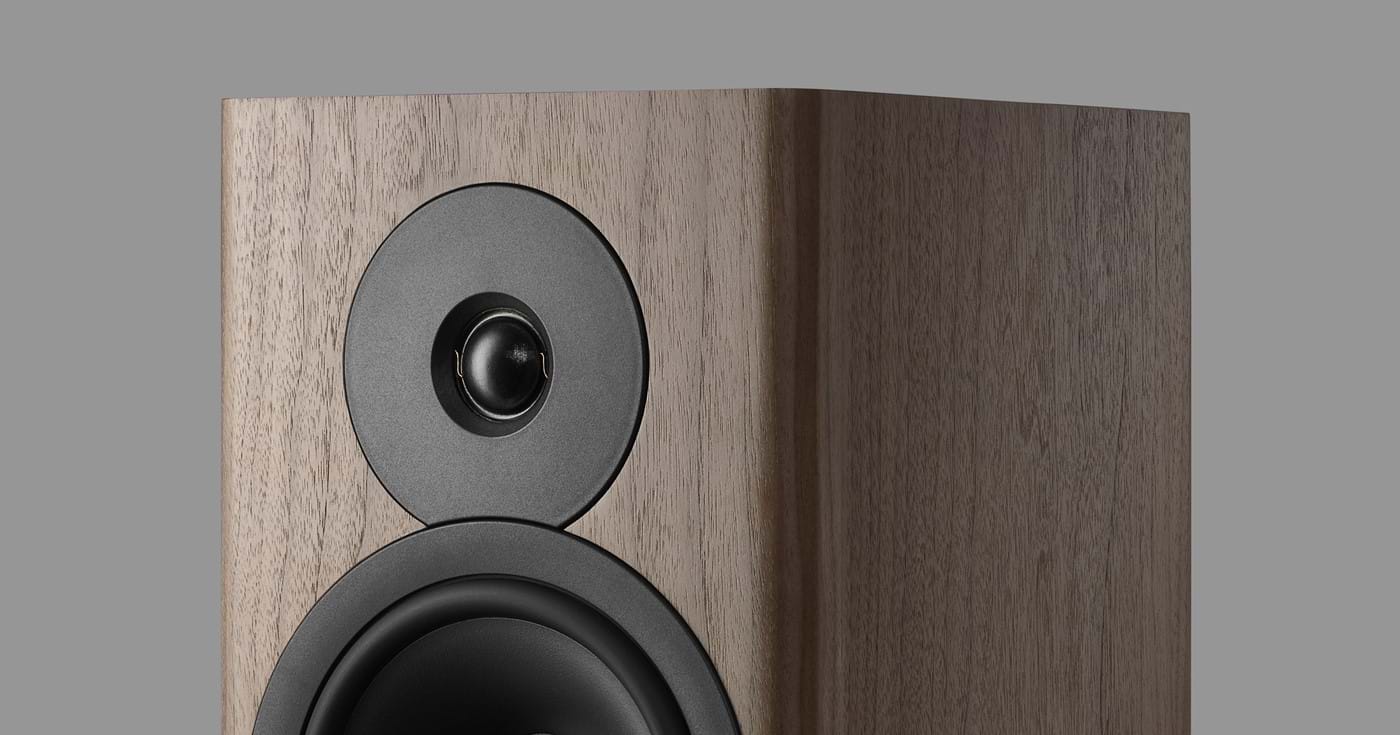 A warm welcome to the brand-new Evoke range. Evoke is a family of five new hi-fi speakers that brings a true audiophile-level experience to music-lovers, from dyed-in-the-wool enthusiasts to total hi-fi newcomers.

All the things you’d expect from Dynaudio are present and correct – clean, melt-away design only our genius team could dream up, components and features derived from far more expensive equipment, and audio quality of a level that will genuinely raise your eyebrows for this kind of money.

But what makes Evoke so special? Possible answers include the extensive testing undertaken in Dynaudio’s world-class, custom-built Jupiter testing facility, or the aerospace-derived airflow-management techniques used in the all-new tweeters. Fortunately we’re able to go straight to the horse’s mouth by going next door into Dynaudio Labs, the top-secret R&D department where our latest creations take shape.

The Evoke range has plenty of features carried over from other, higher-end Dynaudio products. Take the Cerotar tweeter, for example. Based on the formidable Esotar Forty anniversary tweeter in the award-winning Special Forty anniversary speaker and the new Esotar3 (seen in Dynaudio’s all-new Confidence speakers), developing the Cerotar wasn’t just a case of taking an existing design and dropping it in a new enclosure.

Unlike the Esotar Forty, for instance, its AirFlow Magnet isn’t made from neodymium. Instead it’s a new strontium carbonate ferrite+ ceramic design that provides the ideal balance between power and finesse for this particular speaker family. Ferrite-ceramic magnet; ‘Cerotar’ on the nameplate. Simple.

Like all other Dynaudio tweeters, it has a 28mm precision-coated soft-dome diaphragm. The coating – applied in the right places, at the right density – helps the tweeter’s frequency response reach north of 20,000Hz without distorting, without delivering unwanted resonances and without experiencing wavering or compression in its transient response. It’s a technology that’s been proven to work since Dynaudio’s inception, and has been refined and improved ever since.

That’s a solid foundation from which to work. The true advances came from the idea of basing the Cerotar on advanced airflow-management technologies developed for the Esotar Forty. Behind the diaphragm in the magnet is a new pressure conduit – a specially shaped vent that lets us devote more space to the rear chamber and controls how the air moves from the back of the diaphragm into that space. The chamber itself, in conjunction with the pressure conduit, helps to reduce back-pressure on the rear of the tweeter diaphragm.

There’s also another very special ingredient in the mix: the Hexis. Until Evoke, this ingenious device was only found on the new (and money-no-object) Esotar3 tweeter in the new Confidence range.

It’s an inner dome that replaces the felt ring behind the playing surface, and has been engineered to optimize airflow even further. It has the effect of further smoothing out the tweeter’s frequency response and refining resonances – so all you get are the desirable ones.

If you look very closely you can see it just under the soft-dome diaphragm. It’s dimpled in a very specific pattern to do its job. And it does it incredibly well compared with just using felt alone, or nothing at all.

Alex Newman was an acoustic designer on the Evoke range, and no sooner had he been allowed out of the impulse-measurement room, we wrestled him into a comfy chair and demanded answers about how it works.

“We spent a lot of time listening to the tweeter,” says Alex. “At first, there was something bugging me when they started doing tuning and testing.” Much work later and the problem became clear. “We didn’t have absorption material behind the Hexis. If you don’t have any in there, you get some resonance.”

A piece of foam and the Hexis. That’s what made the difference between ‘no, it isn’t right yet’, and ‘shut up and take my money’. It’s that attention to detail in the measuring room – and hundreds of hours in the listening room – that make this kind of advance possible.

Alex’s eureka moment – and plenty of others like it – was the results of hundreds of hours of testing and many different development prototypes. How many versions did they make? “I don’t even remember,” he laughs. “I don’t really want to!” 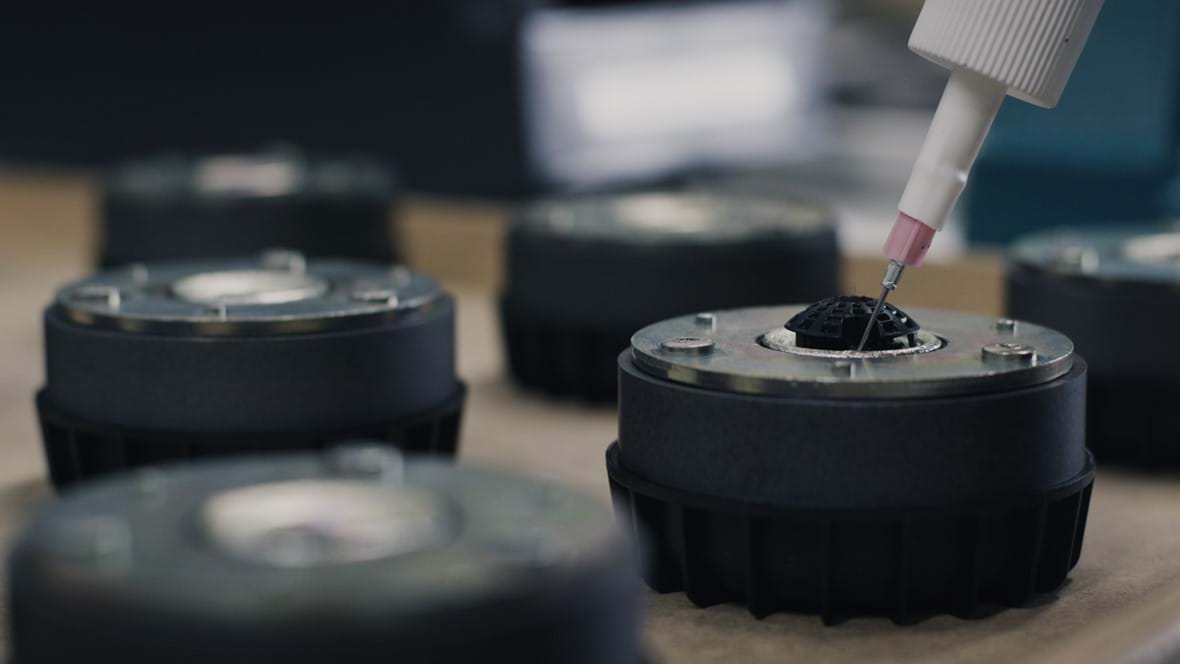 All this technology – materials science, airflow dynamics and magnetic flux optimisation – result in the Cerotar having a very low resonant frequency. It sits at around 700Hz, in fact – the lowest we’ve achieved to date in this type of magnet system. A low resonant frequency means the tweeter’s performance is much easier to control around the point it crosses over with the next driver (either the woofer or, in the case of Evoke 50, the midrange unit).

The frequency overlap is much smoother because the tweeter can play lower – and because the woofer or midrange driver is still capable of amazing performance at higher frequencies, that handover is all but imperceptible. It’s a seamless transition, and it’s all done with cutting-edge materials and knowledge – not by adding more components in the crossover.

And that’s just the tweeter. There are also two types of woofer, a midrange driver, the crossover, the design and construction themselves… no wonder the team’s been busy. 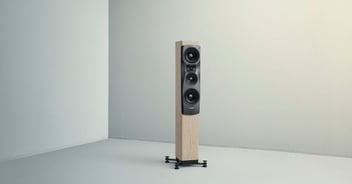 If you have a Dynaudio Sub 6 and a set of new Confidence or Evoke speakers, you’re in luck. First, because you own some incredible pieces of audio ...
Read more 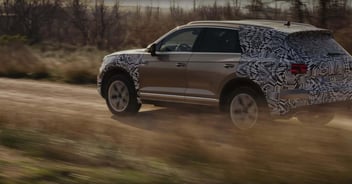 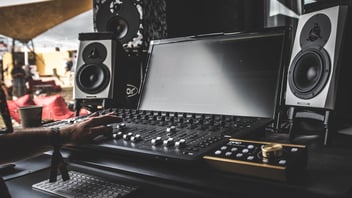 Dynaudio Unheard the NAMM Show '19: Eva and the Vagabond Tales