What happens when you try to decide how a simple octave should be divided on a keyboard? Feuds, vandalism and even death threats… 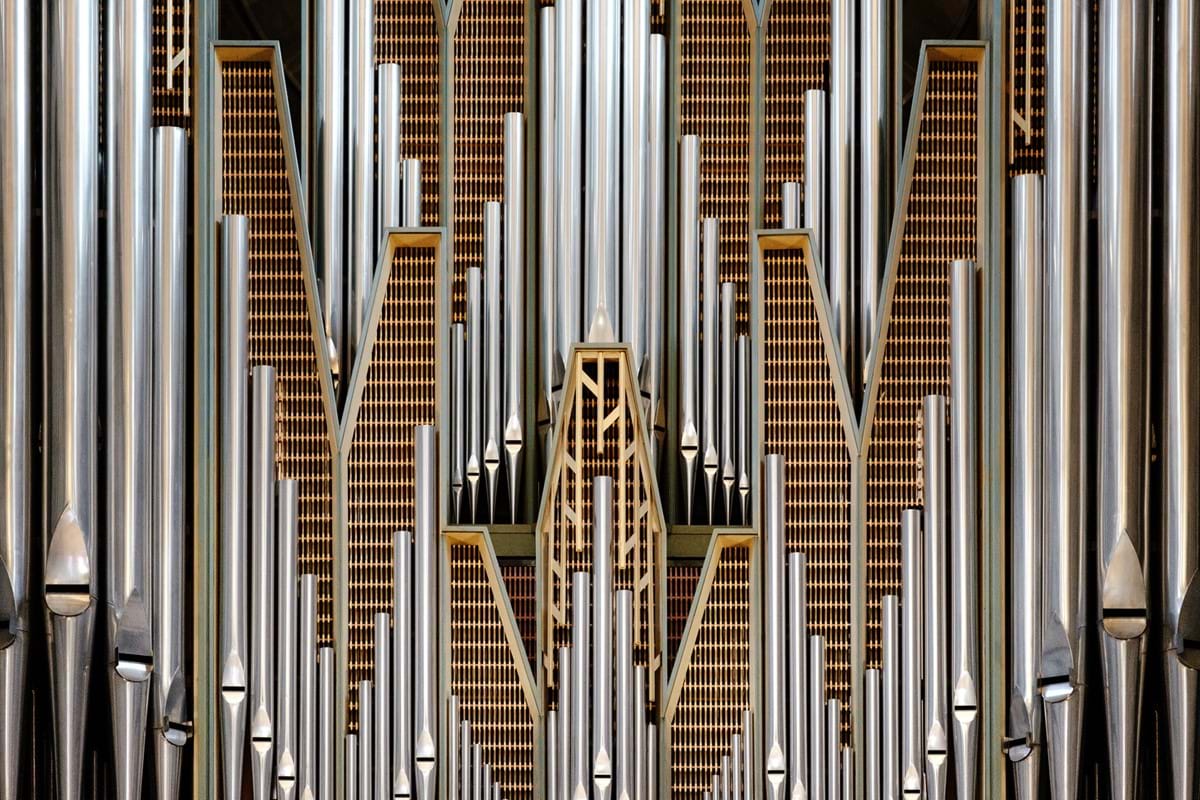 Think of the most noxious music debate you can imagine and there’s a good chance your mind will wander down some familiar historical corridors. Perhaps you journey back to 1934, when nervousness about the provocative nature of jitterbug dancing led to clutched pearls and an ‘anti-jazz’ protest march in the Irish town of Mohill. Or maybe you head straight for 1957, when Elvis Presley’s hip gyrations were deemed so scandalous they warranted an official warning from local Los Angeles police before a concert. Then there are the more recent philosophical tussles over ’90s gangsta rap or the late 2010s sonic boogieman that is UK drill music.

All of them good suggestions. But there is another, more surprising dispute that has rumbled on for centuries and split the musical world with a deep, impassable fissure. It takes in disagreements about religion, science and the way power is arrayed in the field of classical composition; it features name-calling, cries of godlessness, threats of violence and even the vandalism of instruments. And the source of all this invective and hot-headed behaviour? Well, the seemingly innocuous question of how an octave is divided or – put more simply – how a musical instrument is tuned.

“There were real battles happening and people really wanted to kill each other,” says Stuart Isacoff, pianist, music lecturer and author of the essential book Temperament. “The fight over tuning replicated similar fights going on in literature, philosophy and art. And so it became a useful lens to tell the story of Western civilisation.”

What’s more, perhaps most surprisingly, despite the fact that this war began in at least the 16th century, it is still raging. When Isacoff published his book in 2003, his subject matter was deemed so controversial that he was subjected to abuse both on and offline. “I gave a lecture on the book once,” begins Isacoff, with a little laugh, “and a piano technician came up to me afterwards and said, ‘I expected to see horns and a tail on you’.”

So how does this happen? How does something that is, at root, a difference of mathematical opinion, inspire such vitriol? How did equal temperament – the relatively recent practise of dividing an octave into 12 equal parts – become the dominant tuning method in Western music? And what does the future hold for this unlikely battleground?

To understand all that we first need to go back; specifically, back to ancient Greece, where pioneering scientist and philosopher Pythagoras first noticed – and measured – the distances between notes on a musical scale. And as he experimented with a simple stringed instrument, marking out primitive versions of the octaves and fifths that are the building blocks of all music, the Greek guru spotted something else: an aberration in the 13th note on the scale. A sound that should have been a repeated version of the first note Pythagoras had mapped, sounded vexingly off-key. Isacoff has called this natural dissonance a “curvature in musical space” but it is, essentially, a consequence of less discernible natural vibrations (called ‘the overtone series’) building up and screwing with what should be a perfect note sequence. “This was the origin of the idea that one had to temper, or alter, these tones,” notes Isacoff.

The matter of how to square this unbalanceable equilibrium – generally by shifting that tonal wrongness to keys that aren’t used as frequently – has inspired more than 150 methods of tuning or splitting an octave and a lot of conflicted thinking. There is Pythagorean tuning (which prioritises so called ‘pure fifths’). There is Meantone (which shaves a little off the fifths in pursuit of a nice sounding third). And there is Well which, as Isacoff notes, gave “different keys different qualities and was seen as favourable because one key would be angry and one would be happy.” But it was equal temperament – which is the reason why there are 12 keys on every piano you’ll have seen – that prospered in the end; it was first developed in the 17th century and then popularised in around the 18th century.

“Equal temperament was kind of a utilitarian compromise,” explains Asaf Peres, musicologist, composer and founder of music production platform Top40 Theory. “A way of transposing between keys that everyone got kind of used to.” What’s more, it brought an even distribution of tone to music that would still readily feature disharmony or natural notes that sounded ‘wrong’ to the ear. It efficiently cleaned up that which was naturally murky. And – in an age when music was invariably linked to religion – it was this perceived interference with the natural order that caused some huge, philosophical problems.

“It seemed to go against god’s law,” explains Isacoff. “And so the church became involved and ordained that Christ had tuned the world in a certain way. Which led to things getting more complicated, huge fights and occasions when organs that were tuned to equal temperament had their bellows slashed.”

So, in the face of such resistance, how did equal temperament come to be the dominant system for instruments with fixed-tuning? Simply put, come the early 19th century, the powerful musicians of the day demanded it. “Once composers started changing keys often within a piece, or writing music that had those little half-steps on the keyboard, the need for keys with some sense of a homogenous sound becomes more important,” says Isacoff. “So by the time you have Beethoven, Chopin and Schubert, [you have] composers writing music that requires something like equal temperament in order for it to work.”

It was an instance of the demands of the classical world’s big beasts shaping the entire order of modern, Western music. And while no serious appreciator of artistry would deny, say, Beethoven the tools he needed to create all those tempestuous masterpieces, many have understandably pined for the alternative approaches that have been swept aside by equal temperament’s supremacy. What about the heady turns of Middle Eastern music, which generally splits the octave into 24 parts? Or the evocative sound of Gregorian chant? The new possibilities that live in the imperfections of an impure fifth? Or the disconcerting, horror movie power of atonality, when harnessed correctly? 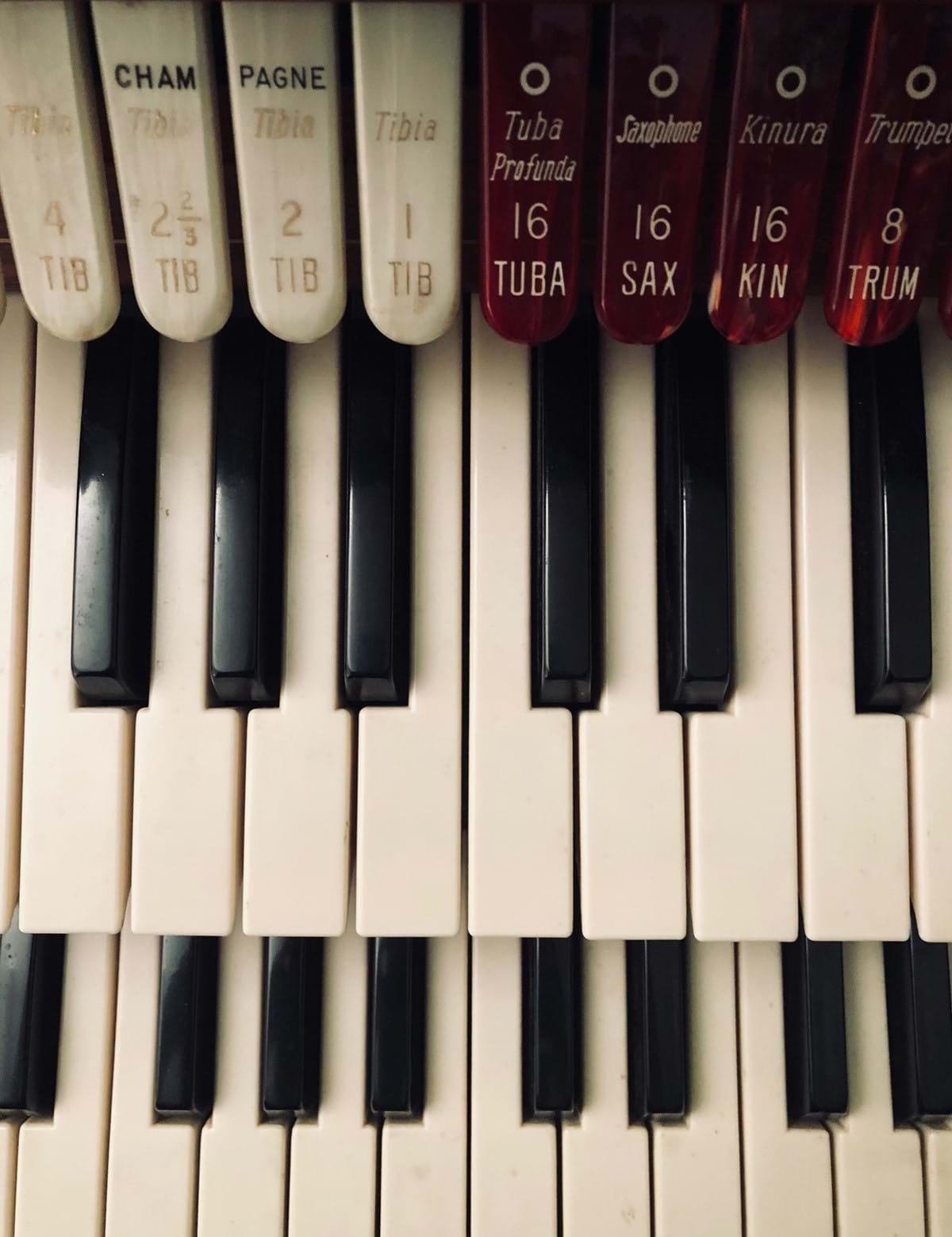 Beyond the 12-note scale

Apart from those loudly calling for Isacoff’s head, there has been a long history of musicians and thinkers who both acknowledge equal temperament’s one-size-fits-all usefulness and agitate for something different. Overtone disciple and American musician Harry Partch designed countless new, alternatively tuned instruments over the course of his maverick career (these included the Chromelodeon, which split the octave into a head-scrambling 43 tones). In 2009, British composer Geoff Smith unveiled a ‘fluid piano’, capable of playing microtonal music from Indian and Iranian cultures. And Australian psych-experimentalists King Gizzard and the Lizard Wizard, were so inspired by the sound of a banana yellow microtonal guitar (which is to say, a guitar with extra quarter notes on the fretboard) that they used it as a jumping off point for a 2017 album.

As Peres notes: “There are so many great, modern composers experimenting with different ways of dividing the octave. Specially tuned pianos, medieval elements; it’s a really interesting time.” It feels, in some ways, like this new revolution of alternate tuning is an embrace of both the past and the future.

No one could possibly contest the elegant genius of equal temperament but now – after all the harsh words, feuding composers and damaged instruments – musical thinkers are lucky enough to exist in an era that can accommodate more than a strict binary. A gleaming 12 note piano represents human ingenuity but it does not need to be a headstone for the old way of doing things; for the natural, unexplainable inconsistencies of the natural world. As music reminds us every time, something doesn’t necessarily have to be flawless to, in its own way, be utterly perfect. 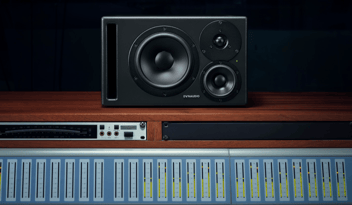 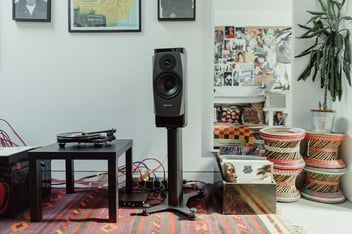 There’s madness behind the method

From Jimi Hendrix at Woodstock to The Sex Pistols at the Lesser Free Trade Hall, music history has its fair share of myth-forging live moments. But ...
Read more 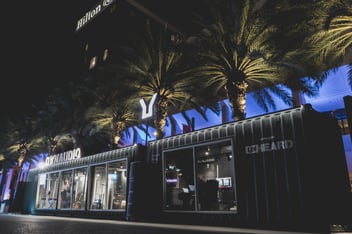