Absolutely Fantastic for Putting a Spotlight on a Mix

Guitar Interactive is as the name suggests mainly a guitar publication, but they have, however, expanded their editorial territory to also include studio equipment. Naturally, with a focus on the home-recording guitar player.

The Magazine's studio reviewer, Andi Picker, broke in a new set of LYD 7 monitors, and the keyword here is 'broke in'. Because the first thing that Andi noticed was that actually taking time to run some music through the monitors to properly 'break them in' made a huge difference. Like night and day, as he puts it.

In summary, here are the key points from his conclusion:

"The difference between 'right out of the carton' and after running some music through them for a couple of hours was absolutely night and day.

When it comes down to putting a spotlight on a mix that you're working on, I thought they were absolutely fantastic. And let's face it, this was exactly what they were designed for.

I think they are an absolutely cracking set of monitors, they also look quite distinctive and have a good range of controls. Within a reasonable band, you can tune them to not only where you end up putting them in your studio, but also to your preference for how you like to hear things.

Absolutely give them a try and if you're looking for new monitors, put them on your short list." 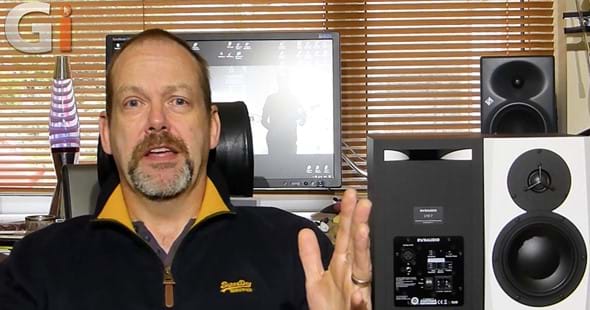 "When it comes down to putting a spotlight on a mix, I thought they were absolutely fantastic. If you're looking for new monitors, put them on your short list."