Consistent Frequency Response through a Wide Range of Volumes

TapeOp Magazine went for the 7" version in our LYD family for their review. One of the things we were most happy about that they pointed out was the linear performance across various listening volumes. That was one of our key goals with this line of studio monitors from the very beginning.

"I did appreciate that the low end, and the frequency response overall, were consistent through a wide range of volumes — a valuable trait when evaluating how mixes will perform in the real world, and also to avoid listening fatigue in longer sessions. Moreover, I am a bit sensitive to high frequencies, and I found the highs to be very pleasing, detailed, but never harsh, even after extending listening.

(...) Transients on percussive instruments were well-articulated, and low-end stuff like kick drum and acoustic bass (one of the trickier things to reproduce well, in my humble opinion) was "tight" and defined.

(...) I can say that the LYD 7 gives an honest, neutral presentation that will translate nicely to a variety of playback systems." 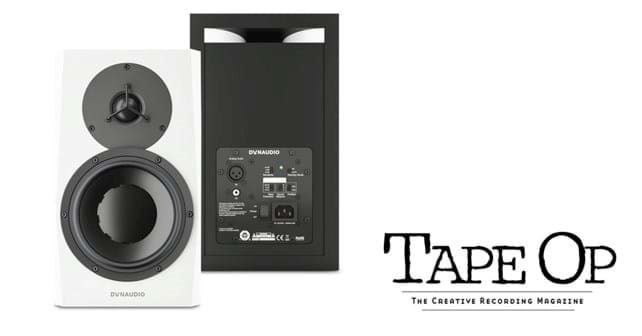 One of the things about the LYD series that has been debated the most is, interestingly, the color. However, many reviewers and customers have later agreed that even though they might have wished for a black speaker, the white and black color scheme actually seemed to grow on you. TapeOp's Kerry Rose had a similar experience:

"One of the least important yet most notable aspects of the LYD series is the white faceplate. I initially found it very off-putting when I first saw the series in photos. After setting up the LYD 7s and having them at my workstation for a while, I began to appreciate the modern styling and distinctive look. The speakers blended in after I got used to them, and I appreciated them as a nice break from the ever-present "black boxes" we all seem to collect. Like the ubiquitous Yamaha NS-10M, the LYD models are easily identifiable. I would encourage anyone in the market for new studio monitors in this price range, but who might be dubious about how the LYDs look, to go see them in person and give them a serious listen. (...) I really like the LYD 7. It offers an audible upgrade to my current system, and though I reluctantly had to send the review pair back, I am now strongly considering a purchase for myself."

"I did appreciate that the low end, and the frequency response overall, were consistent through a wide range of volumes — a valuable trait when evaluating how mixes will perform in the real world."