An audio crossover is a filter that divides frequencies and sends them to the right driver in the sound system: the high-frequencies go to the tweeter, and the low-frequencies or midrange to the mid-woofer. High frequencies come from instruments like cymbals, piccolos, and flutes. 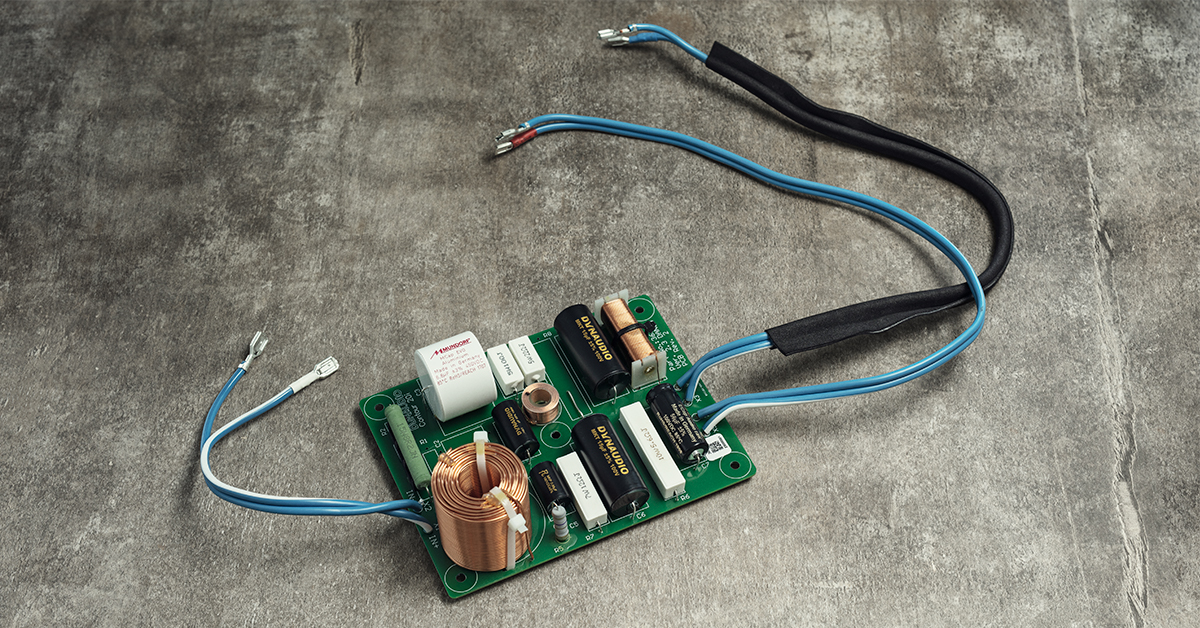 (Yes, it's difficult to see, but if you click on the crossover above, you'll start the video.)

The rest comes from bass, drum sets, guitars etc. and goes to the low or mid-low woofer. The crossover’s job is to divide these

A loudspeaker with two excellent drivers and a badly designed crossover would still be an average sounding speaker. It would have some qualities to it because of the drivers, but it wouldn’t live up to its full potential.

Similarly, if two average drivers were to be paired with an excellent crossover, you would get more out of it, but the setup would still be an average sounding speaker. The real magic happens when you combine a well-designed crossover with excellent drivers!

That’s why the new redesigned Contour loudspeaker system, in addition to the crossover, has been matched with new drivers, a new front baffle (still in solid metal as you’re used to with the Contour), and a new curved cabinet.

The driver must match the crossover.

The music signals cross electronic components in the crossover design, such as capacitors, inductors and resistors, so these components should be of very high quality, as every component deteriorates the signal.

To avoid any deterioration when the signal arrives at the tweeters, we use Mundorf components which are well known in the audiophile world.

Give the new Contour and its redesigned crossover a listen. Find a dealer near you. 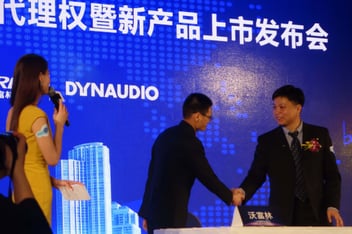 "It's a milestone for Wolfree to partner up with Dynaudio in the Aftermarket Car Audio segment. Wolfree and Dynaudio's newly founded partnership will ...
Read more

The new house of innovation will include some of the most advanced measuring facilities in Europe and will be built next to Dynaudio’s headquarters ...
Read more

We’ve designed our in-wall and in-ceiling frames and enclosures to be as easy as possible to install
Read more
disable_modules: